This ‘Ofek-16’ spy satellite joins a series of similar ones in orbit, including the other Ofek models that, in Hebrew, means “horizon” and the first one of the series was launched in 1988.

Maimi, USA (Exclusive Report – Digpu): The “Ofek 16” spy satellite launched from Israel is expected to significantly upgrade Israel’s ability to monitor the activities of its adversaries throughout the Middle East, especially Iran. 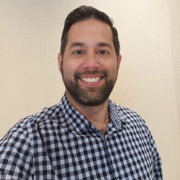