About 15 years ago, my brother who lives in Singapore asked me if India was truly ready for Democracy? And I, as a fervent reader of the political situation told him that I believed it was. Was it not surviving compared to our neighbourhoods where stable governments were unheard of?

Now after all these years I am not so sure. We as a people have very little understanding about the essence of democracy — that above all we need to keep the best interests of the nation always and above any personal agenda. For a change, we have the legislation which can help the nation to prosper without pandering to the religious divide which is being used by a few vested interests to grow their own vote banks!

Yes, we have heard enough of this dreaded phrase – ‘vote banks.

Why are a few small-time political leaders pushing the envelope against the CAA and the NPR? How is it wrong for a nation to restrict the flow of unwanted elements into the country allowing them to grab as many opportunities and privileges from the very small pie available to the legitimate people of the region?

Ever tried getting a US visa? They make you feel like you are a closet criminal who will destroy the virgin land! Why are people coming in illegally to the US, deported back to their homeland? Where are the bleeding hearts who cry foul every time something like a discipline is being enforced in our country?

For far too long, immigrants have come in and the generous motherland has absorbed them all. 90% of all the maids in Noida and Mayur Vihar are Bangladeshi women who came in in ’71. Hindus or Muslims? Who cares? They have all the legitimate papers—vote banks?

Now that the government has woken up to the rampant inflow of Rohingyas, Bangladeshis and others, why are our Muslim leaders fretting and fuming? West Bengal has entire villages cleansed of Hindus and Bangladeshi Muslims have been brought in to settle down there.

My brother-in-law, Mr Barun Roy who migrated to Windsor, nearly 50 years ago, comes every year to stay in touch with his family was most upset this time, “The youth are hanging around, doing nothing. They are at the beck and call of the political leaders to create chaos and mayhem. No development is happening—the economic hub of yesteryears has been destroyed. The youth are so used to doing nothing and getting paid for it, I wonder what will happen in the future?”

My taxi driver, Fayaz, who has been ferrying me up and down from the airport to my house, has given me some interesting insights. At the outset I have to say, I admire him for educating his 20 something daughter who is now working in a software firm as well as studying for her MBA. The son is not so keen on studies, so he is doing a course with a polytechnic.

The last time he asked me, ‘Yeh CAA and NPR mein hum toh mar jayenge’( We will die between the CAA and NPR), he said that he had no documents related to his father or mother, how was he ever going to prove his identity.

After all, I was a ‘mere’ woman. Man-to-man makes a difference!

Fayaz is the recipient of many forwards (he sent some to me which I told him to delete immediately!) which are encouraging the fear psychosis in the Muslims. His next question brought me up short—why is the government interfering in our personal laws? Meaning? This triple talaq?  When I told him that it was heavily supported by the Muslim women and that India was the only country where triple talaq was allowed—that it was not mentioned in the Quran, that it was not allowed in Saudi and other Islamic nations. He kept quiet.

Today’s newspaper headlines “4 killed in the anti and pro CAA protests’ in Delhi, once again brought up the question? Which political scumbag is behind these outlandish protests? Will you stop using the framework of ‘protests’ to get your own agenda in place—once again the all invasive ‘vote banks’? Another front-page headline said, “Dissent isn’t anti-national: SC judge”.

Maybe the constitution/judiciary needs to also define the parameters within which protests can be held. Maybe the people (the politicians??) need to be told that the elderly women and children should not be involved for humanitarian reasons. I would like to believe that there is a rule of law that says that public property cannot be vandalized, and public roads cannot be blocked. I am not sure, but I would like to believe that 90% of the Muslims protesting at Shaheenbagh don’t have any clue about what they are protesting about. And then the question about the ‘funds’ coming in to support the protestors—after all the biryani, water and other facilities would have to be paid for?

So, I go back to my brother’s original question—are we truly ready for democracy?

Not really.   Our youth are being led astray by the oldest two carrots—religion and money. When our young people learn to read and understand the larger picture, then we may be ready to be truly democratic. When the educated elite learns to differentiate between ‘fake’ news and the proliferation of it, being promoted once again by vested interests, we may learn to be truly democratic.

I have been given to understand there are secret offices working out of the US who are being paid to ‘manufacture’ fake news. Which party? Who? Why?

How do you and I recognize it? When you read something that upsets you—may be a religious pointer against one or the other religion – rest assured it is fake. We are lucky—in one of my many groups, my schoolmate is my sounding board and he comes back promptly – ‘fake’ or ‘part truth’. My next action is to delete it promptly.

I tried explaining this to Fayaz, but he is not willing to understand that he is being used as a pawn. 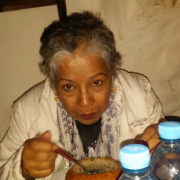 A free soul, teacher, freelancing journalist, writer, published author and a storyteller and oh, what not! Shyamola has authored two books: The COW in Kargyll, published in 2016 and The Lahore Connection(2019), a collection of women-centric short stories. Listen to her stories and you won't know how a whole life would pass by. The single biggest defense against COVID is transparency & truth: Rahul Gandhi
10 hours ago