Union Finance Minister Nirmala Sitharaman on Saturday hit back at Congress leader Rahul Gandhi on Saturday over his “Hum do, Hamare do” jibe and said that the “real cronies” of the government are the common people of the country.

She also used the jibe multiple times in her reply to the Union Budget discussion in Lok Sabha, saying that MGNREGA was used by the Congress party for their “cronies” and their “hum do hamare do”.

“For those who are constantly accusing us of dealing with cronies – SVANidhi (PM Street Vendor’s AtmaNirbhar Nidhi) doesn’t go to cronies. ‘Damads’ (Sons-in-law) get land in states which are governed by some parties – Rajasthan, Haryana once upon a time.” she said.

“Who are our cronies? Our cronies are the common ‘janata’ (people) of this country. You have given birth to MGNREGA but you should also take credit for mismanagement of MGNREGA and having given MNGREGA to ghost workers. Congress party gives birth to these schemes but lacks the will to use them, and misuses them to favour cronies. ‘Hum do hamare do’ – this is what these schemes are useful for,” she said.

“They come up with schemes, announce with big amounts and estimates, but they are not utilised and the actuals are far lesser than the original allotted. This means that they either don’t care for it or they give it to their cronies and forget their actual workers,” she added.

Speaking further, Sitharaman said: “Where are the cronies? They are hiding probably in the shadow of that party which has been rejected by the people. The shadows who were invited to even develop a port. They invited, no open tenders, no global tenders.”

She further alleged, “Kerala MP Shashi Tharoor had invited a crony to develop a port without open tenders or bidding and they call us crony capitalists? This is because there is no ‘Damad’ in Kerala, the Damad is here.”

Earlier on Thursday, Congress leader Rahul Gandhi while participating in the discussion on the union budget in Lok Sabha, had referred to the family planning slogan of ‘Hum do, Hamare do’ (we too and our two children), and alleged that the government was being run on this agenda and accused it of promoting “crony capitalism”. 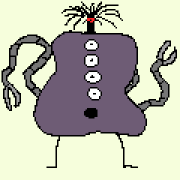