Martin Luther King Jr. Day or MLK Day is celebrated on the third Monday of January every year to honour King and his contributions.

Martin Luther King Jr. was an influential civil rights leader who was best known for his work on racial equality and ending racial segregation in the United States. He is well known in the United States for his work especially among the African-Americans. He is also known as the national icon in the history of American progressivism. To honour this activist, every year the third Monday of January is celebrated as Martin Luther King Jr. Day.

This year, 18th January being the third Monday of January is the Martin Luther King Jr. Day. At first, the concept of a public holiday on this day was introduced by labour unions. After the death of the King, in 1983, President Reagan signed a bill proposed by Representative Katie Hall, to create a federal holiday in the honour of King Jr.

Martin Luther King Jr’s contributions to racial justice of black Americans has been undoubtedly revolutionary. On this day, all the schools and offices are closed. The people remember his work and the civil rights movement. Students are taught about the civil rights history all week before this day. There are various documentaries regarding King like ‘King: A Filmed Record – Montgomery to Memphis’, which you can watch today. 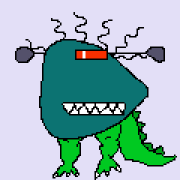